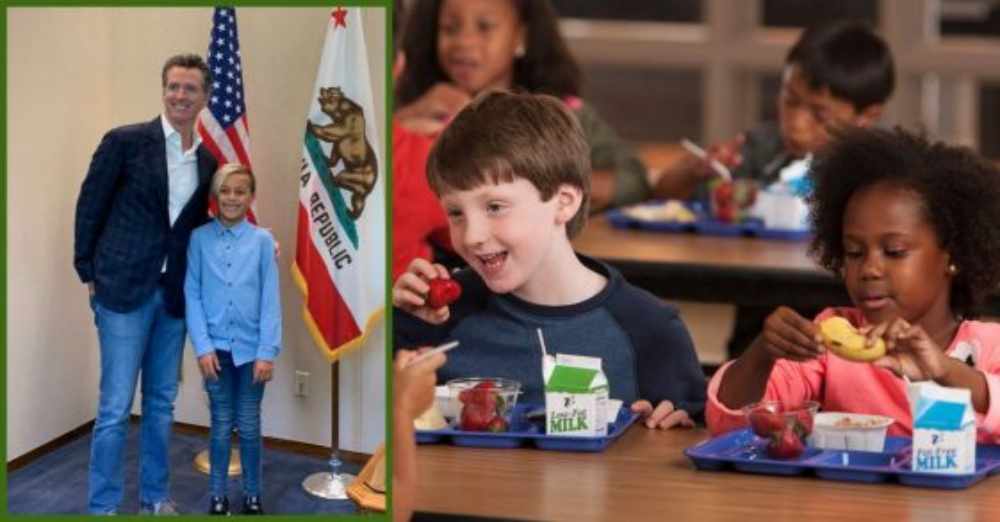 California Governor Gavin Newsom recently signed legislation that bans the practice of singling out students unable to pay for their lunch. He cited the efforts of 10-year-old Ryan Kyote in helping to bring the issue to greater attention. The new law saves Ryan’s classmates the shame of having to eat an “alternative meal” at lunchtime if they are unable to pay.

“I want to thank Ryan for his empathy and his courage in bringing awareness to this important issue,” Newsom says in his press release.

All students to get full meals at lunchtime 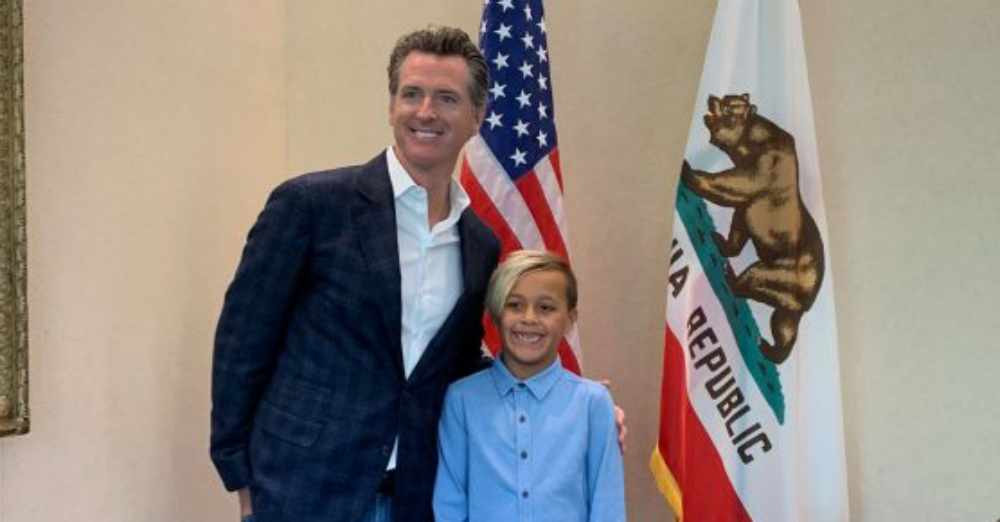 The new legislation states that schools are no longer allowed to serve cheaper, “alternative meals” to students who can’t pay. The new law also ensures that all students will get a “state reimbursable meal of their choice,” even if their parent/guardian has unpaid meal fees.

Little Kyote would first make headlines after he donated $74.80 of his own allowance to pay off the school lunch debt for his classmates at West Park Elementary School in Napa, California. This soon led to a meeting with Governor Newsom, where Newsom promised that if he got the bill on his desk, he would sign it.

Students denied meals or given a less-nutritious alternative is common 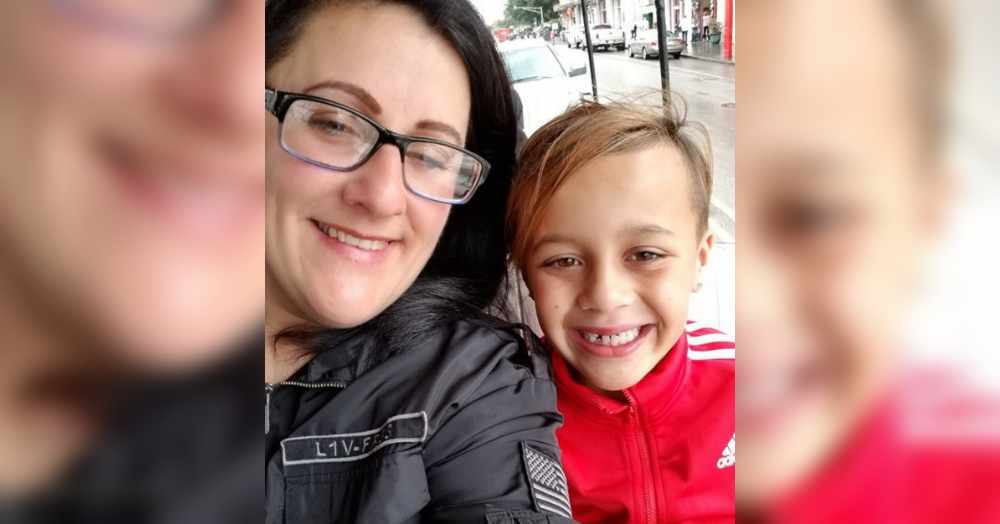 “What we’ve been telling everybody is, ‘One down and 49 to go,'” Kyote’s mom says of the remaining states that she would like to see do the same thing. “Millions and millions of children will be positively affected by [this policy], and Ryan couldn’t be more proud. We still have a lot of work to do and hopefully will get something passed at the federal level.”

Ryan’s mom reveals that her son’s activism really began back in June when he heard about a 5-year-old in Indiana who was denied lunch because he was unable to pay for the meal. “He was like, ‘I don’t understand why that happened. Why would that happen to a 5-year-old?'” Kylie says. “It really touched him in a way, and he wanted to do something so that wouldn’t happen to his friends. We talked about what we could do to make a difference locally.” 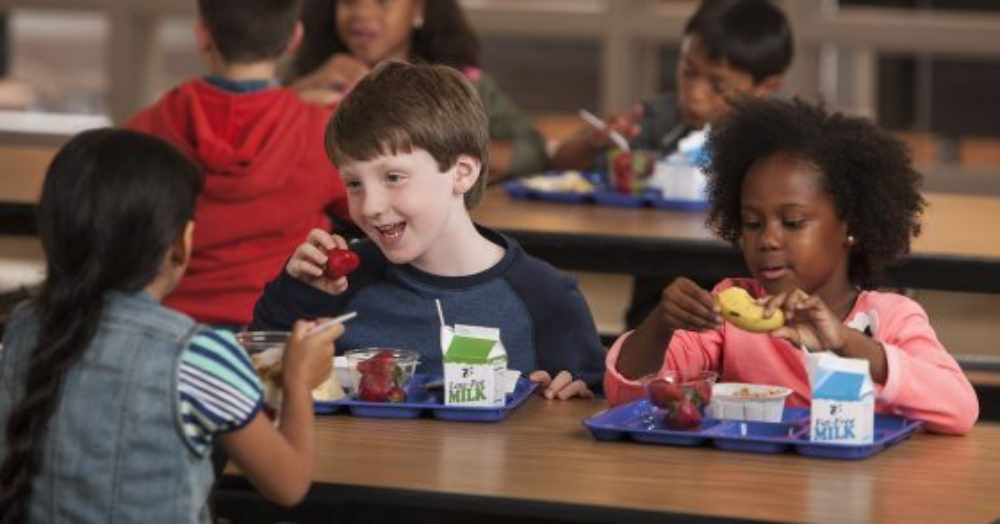 Even just in September, a 9-year-old boy from Ohio had his lunch taken away from him. This was because of a $9 unpaid debt on his account. He had to eat an alternative meal of cheese and bread instead. The School Nutrition Association reports that 75% of school districts had unpaid student meal debt at the end of the 2016-2017 school year, meaning many children are being forced to eat these unnutritious and unexciting meals.

It’s encouraging to know that the youth of California can eat nutritious, whole foods at lunchtime. It’s also great for them not having to worry about possibly not eating that day at school! Time to spread this movement to other states!

This story originally appeared at Do You Remember by Jane Kenney.

Man Took It Upon Himself To Pay Off All The Outstanding School Lunch Debt In Jupiter, Florida: Click “Next” below!

Do You Remember creates compelling, fun, and highly engaging content intended to give readers a break from the stresses of daily life. Our goal is to allow our readers to reminisce, share memories and, most importantly, get nostalgic!
Whizzco