Kamryn Johnson is a 9-year-old girl with a big heart. After George Floyd was killed at the hands of police during an arrest, Minneapolis experienced widespread protests. Then some rioters began destroying businesses and buildings — including black-owned businesses.

Kamryn, who lives in Chanhassen just outside of Minneapolis, was distraught by the death of Floyd and concerned about the black-owned businesses and neighborhoods who were affected by the riots and looting that occurred in the days afterwards. The ongoing COVID-19 pandemic has made the situation even more dire for business owners.

Kamryn acted on that urge to help, and it’s been an incredible success so far. 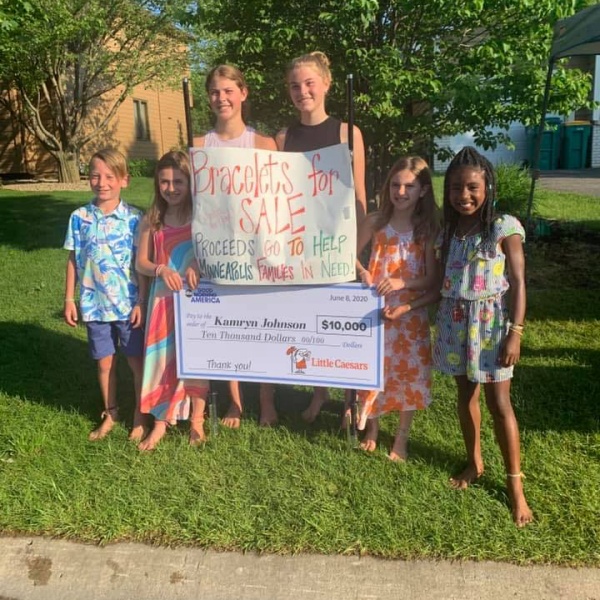 Kamryn and five of her friends opened a small stand in their neighborhood making friendship bracelets. Kamryn’s friend Tanner came up with the idea.

They decided to send the proceeds from the bracelets to businesses and food banks in Minneapolis. For example, some of the money will provide families with necessities such as diapers, laundry detergent, and food through the Sanctuary Covenant Church’s food drive and the Kyle Rudolph food and supply drive. 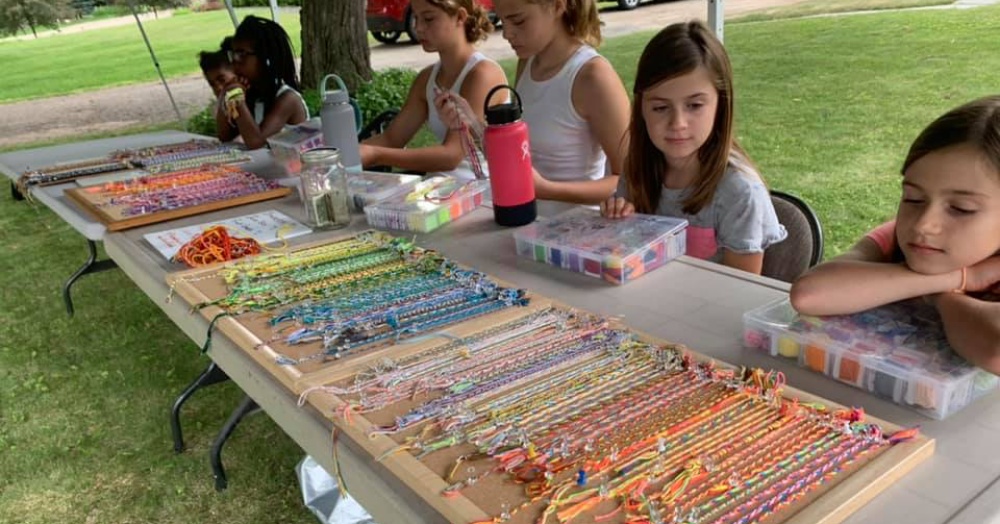 “When you look at Minneapolis, there is a huge racial gap in basically every aspect of life,” Johnson told CNN. “It’s not equal. We want to be there for black businesses, especially those that don’t have insurance agents to help them out, to let them know they have people that will protect and fight for them.” 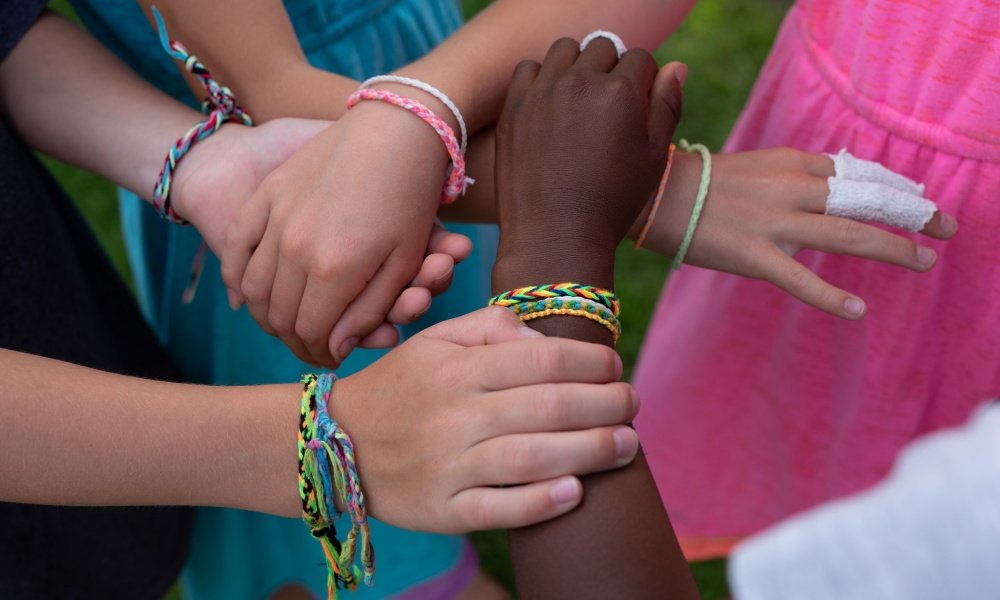 The group — who dubbed themselves “Kamryn & Friends: Bracelets For Unity & Justice” — set up their stand on May 30, five days after the killing of Floyd.

One amazing side effect of the stand is that it’s encouraging more conversations about racism, police brutality, and actions that can be taken.

“Day after day, we’re having impactful conversations with so many people. So many of our community members have come by to drop off supplies, or just talk about things like racism and injustice, stuff that we don’t talk about very often,” Ron said. 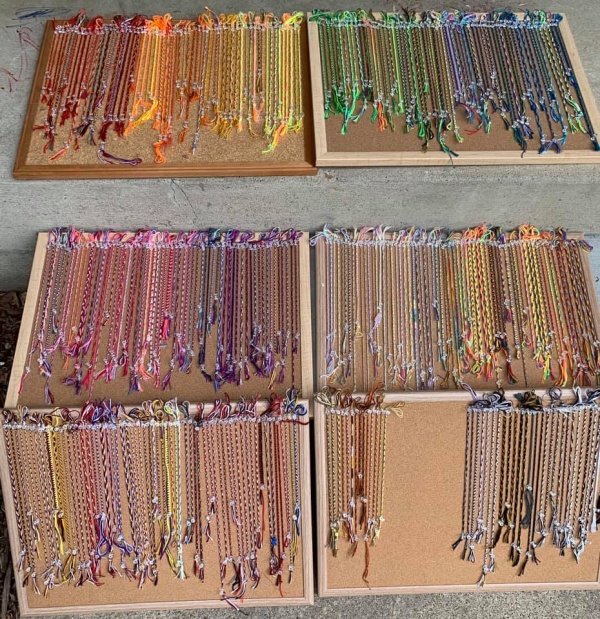 “We are having conversations,” Kamryn’s mom, Shani, told GMA. “Not only are we meeting some of these neighbors for the first time, we are going deep right away into the issues happening in the world right now.” 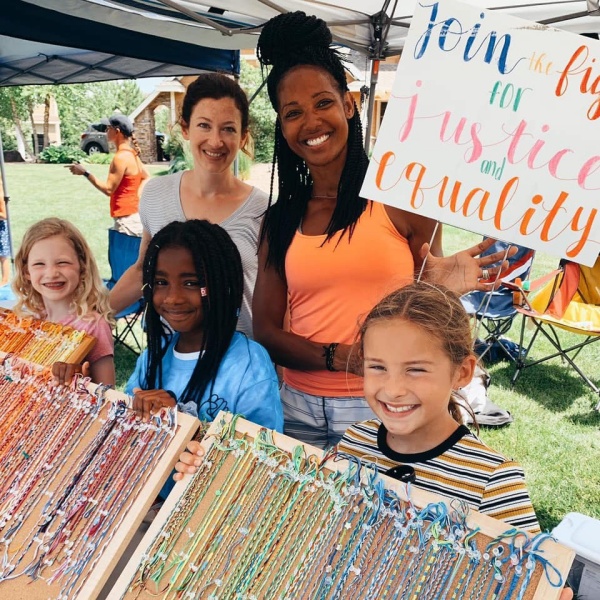 In less than a month, the group raised almost $100,000 — and that number only keeps growing. They have a Facebook page and a GoFundMe page where you can order the bracelets or just make a donation. They also are doing pop-up stands in different neighborhoods in the Minneapolis area.

“Every time a customer comes, we always tell them why we’re doing this,” Kamryn explained to GMA. 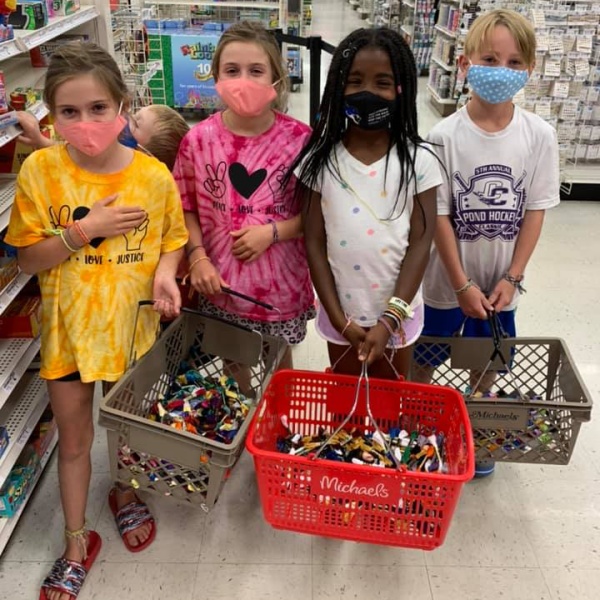 “It’s something that gives people hope during a tough time when people are lost asking, ‘What can I do?’” Ron said. “If they see a bunch of 9-year-olds doing this I hope that shows them they can do something to help.”

C. Dixon likes to read, sing, eat, drink, write, and other verbs. She enjoys cavorting around the country to visit loved ones and experience new places, but especially likes to be at home with her husband, son, and dog.
Whizzco