Countless children in the United States depend on their school breakfasts and lunches to stay fed.

Sadly, many kids don’t receive proper nutrition, or even enough food, beyond school doors. It’s a problem that doesn’t have an easy or readily apparent fix.

But one school district has implemented a groundbreaking solution.

The food services department at Elkhart Community Schools in Indiana realized that a large amount of cafeteria food was going to waste each week, but the district didn’t know what to do with all the leftovers. At the same time, staff knew children were going home on the weekends without much — if anything– to eat.

They turned their cafeteria leftovers into packaged frozen meals. 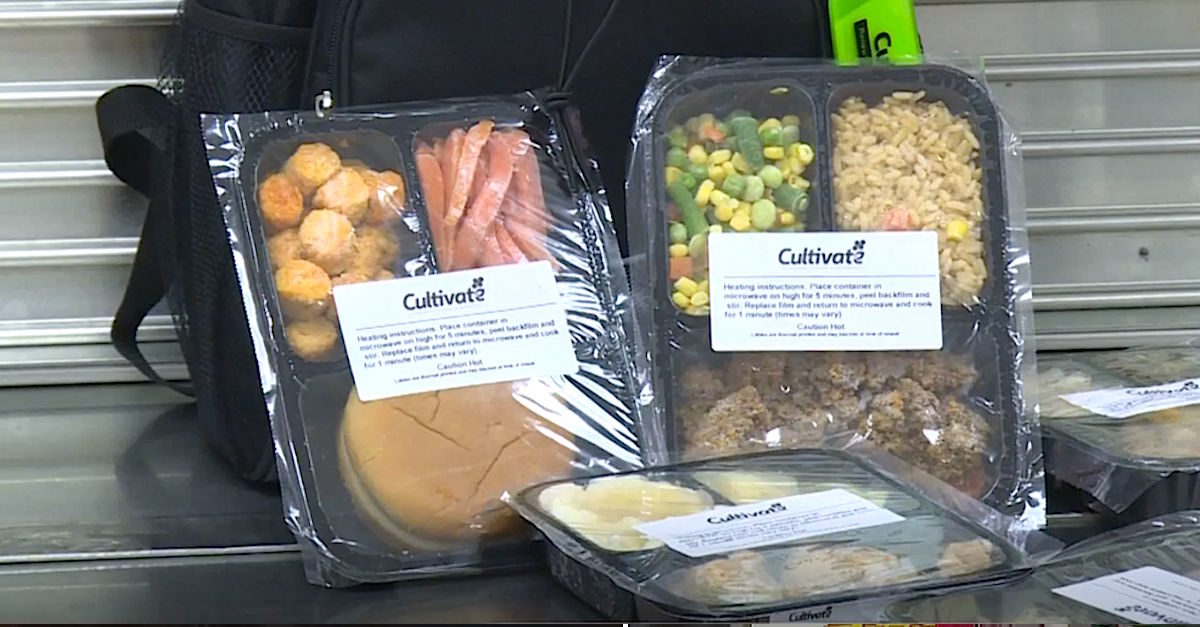 To do this, the district teamed up with a nonprofit organization called Cultivate. They are taking part in a pilot program that provides meals to a small group of eligible students. This ensures they have enough to eat during evenings and weekends, and uses up otherwise-wasted leftovers.

“We rescue food that’s been made but never served by catering companies … like the school system,” said Jim Conklin of Cultivate. “You don’t always think of a school system.”

The program rescues the well-prepared yet unused foods and turns them into individual, take-home frozen meals.

It’s an ingenious idea that could change the lives of countless children.

As you’ll see in the video below, it sounds like this is something that could be implemented in schools around the country.

This story originally appeared at LittleThings.