We don’t always think about how basic necessities can actually be difficult to find. Things like food, water, and toiletries are things that we take for granted how easy they are for us to access. But for people without homes? Getting their hands on these daily items can be a real struggle.

According to Fast Company, Action Hunger has decided to install a vending machine at the entrance of a Nottingham, UK, shopping center. This vending machine was stocked full of necessities and is exclusively available to homeless people. In order to use the machine, one must attain a card from the local homeless center. Once their status as homeless has been confirmed, they then have access to free fruit, sandwiches, socks, water, toothbrushes, and toothpaste, as well as other basics. The card can be used up to three times per day, and cardholders have to check in once a week with the participating shelter in order to continue use. 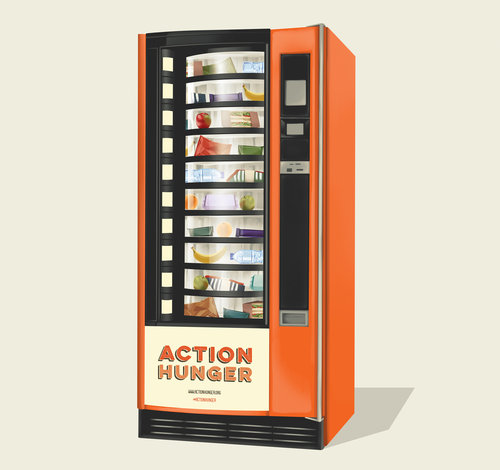 The founder of Action Hunger, Huzaifah Khaled, came up with the vending machine idea during his commutes between Nottingham. He saw plenty of homeless people in the train stations and even managed to share a few chats with some of them. Once he got a clearer understanding of their specific needs, he began to reach out to vending machine manufacturers. He must have gone through several dozen companies before he finally had some luck, and N&W Global agreed to be a part of this good cause by donating a vending machine. The machine gets stocked with leftover food from local restaurants, charities, and supermarkets. When food starts running low, the homeless shelter can have it refilled via orders on UberEats.

The vending machine is meant as a supplement back-up for homeless shelters when they’re either closed for the day or running low on supplies.

Because homeless people need to be in regular contact with the local services in order to continue using the machine, Khaled is hopeful that the machine will work as a stepping stone for the homeless, rather than a hindrance.

If you’re interested in the project, you can visit Action Hunger to volunteer or to donate.