During the drought and bushfires that ravaged various parts of Australia from mid-2019 to early 2020, at least 29 civilians and four firefighters lost their lives, and 11 million hectares (110,000 sq km or 27.2 million acres) were burned. An estimated one billion animals were killed, and thousands of people were injured or displaced from their homes. This has truly been one of the most alarming disasters to occur on our planet in decades.

But in every dire situation, there are people working to help change things for the better. Thanks to your generous donations, GreaterGood has been able to provide several organizations with grants to aid people, animals, and the environment in Australia during and after the bushfires. World Central Kitchen (WCK) is one of those organizations.

World Central Kitchen has been in operation for nearly a decade creating simple but clever solutions to hunger in disaster situations around the world. 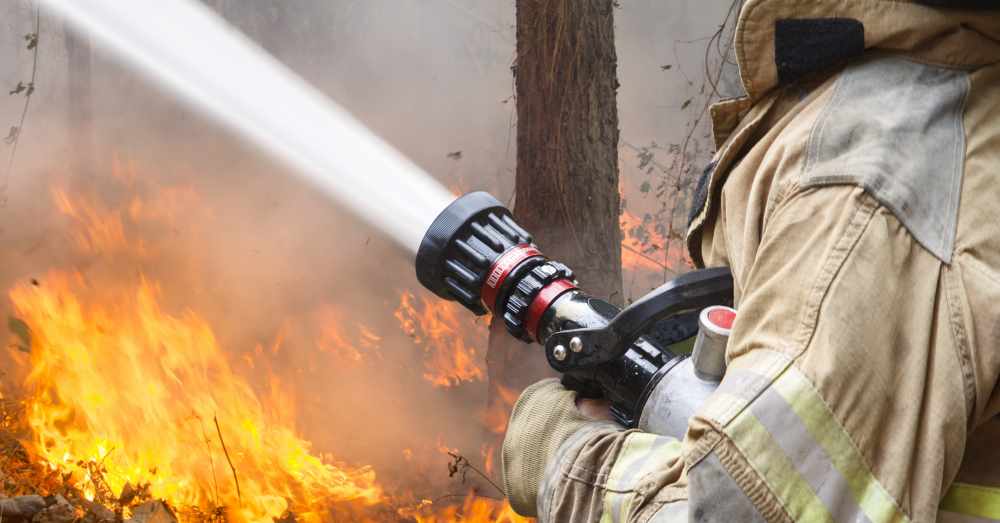 With their grant money, the “food first responders” at WCK set up a makeshift kitchen at their partner restaurant, Eastwood’s, about 230 miles south of Syndey, in an effort to prepare and deliver lunches and dinners every day for first responders and the families affected by the fires. They also partnered with local restaurants in Cobargo, Quaama, Narooma, Mogo, and other towns to get warm healthy meals in the bellies of people who have been displaced by the fires.

Partnering with local restaurants allowed several small businesses to stay afloat, as the bushfires have been dissuading tourists from coming to the area during what is normally peak tourism season for the area. At the same time, this system has been helping WCK get a large number of meals out to people without purchasing a lot of kitchen equipment. WCK created a voucher system call Feel Good Feeds and gave each adult member of each household they served a punch card to use at participating restaurants to receive free meals. WCK imbursed their partner restaurants for every meal purchased with vouchers.

Alicia and Nyamba are two young girls whose families have been helped by WCK’s efforts. The best friends are from Merrimans Local Aboriginal Land Council in New South Wales, and they were evacuated from their homes during the bushfires. 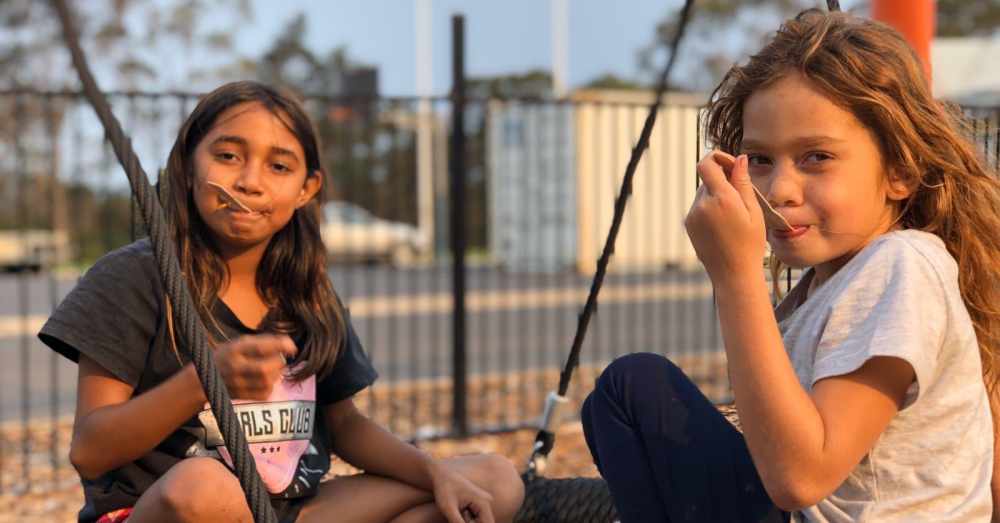 “Since the new year, Alicia and Nyamba have only been eating canned food. They were extremely excited to dig into a fresh meal,” writes a WCK worker. “It was Nyamba’s 7th birthday the day this photo was taken. While she could not have imagined spending her birthday in a community ravaged by bushfires, we are honored to be able to serve Nyamba and her friend, Alicia, a meal. They loved the feast!”

Another pair of people helped by your donations and WCK’s programs are Tracey and Michael Hargreaves. The couple has been married for 36 years and runs a business called Café 54 as well as a firewood business. December is traditionally a busy month for them, during which Tracey prepares a surplus of meals for their busy January season, but this year, disaster struck. 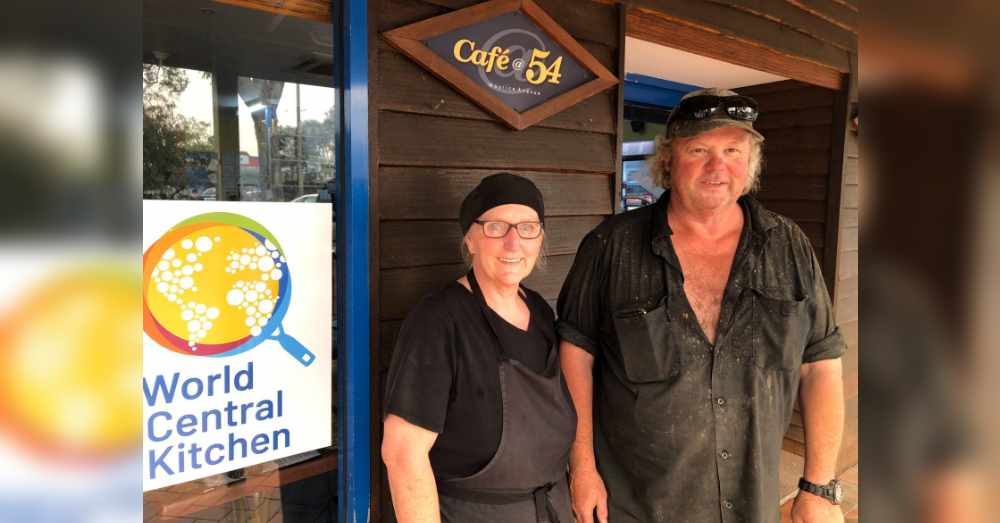 “On December 31, the fires destroyed much of Mitchell’s equipment. They slept in Café 54 with their family, employees, and dogs for two nights over New Years, and opened the cafe at 5:00 AM each day for neighbors in need,” WCK reports. “Tracey and Mitchell participate in our Feel Good Feeds program, which has helped Café 54 remain open to serve their neighbors. They have been able to sell all the food stored in December and keep an income flowing in for their family. Incredibly resilient, Tracey still wears a smile and gives a great hug.”

GreaterGood.org’s grant supported World Central Kitchen‘s food purchases, kitchen equipment, and the delivery of food during some very difficult times for the people of Australia. To date, WCK has served over 33,000 meals to hungry people who have been affected by the bushfires. With the implementation of the Feel Good Feeds pilot program, they’ve been able to provide another 5,600 meals to Australians in need. Thank you to everyone who helped support the cause with your generous donations!

“Wherever there’s a fight so hungry people may eat, we will be there.” ~John Steinbeck

Australian Firefighters Get Their Own Action Figures To Help Raise Money For Australia Bushfire Aid: Click “Next” below!